July 9th,1970 Bishnu Ghosh, the founder of Hot Yoga, also known as Ghosh Yoga passed from this world!
He was perhaps one of the first cross-trainers! His philosophy was to combine Hatha Yoga with modern day athletics. Besides being an expert at Hatha Yoga he taught wrestling, gymnastics and weight-lifting!
His Guru and older brother was the world famous Yogi Paramahansa Yogananda. When Bishnu was young he became very ill. Yogananda taught him a series of Yoga Asanas and had a miraculous recovery. He later dedicated his life to helping others by using Yoga Asana as a healing modality!
We continue to honor his memory and legacy by passing his teachings to the next generation! Jai Guru!! 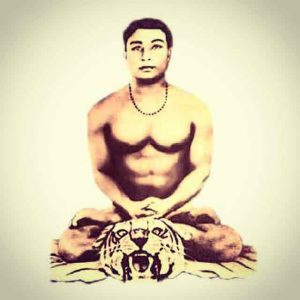