Join us today at the very first Hot Yoga Studio, not just in South Florida but in the entire East Coast of the United States. Jimmy Barkan opened his first Hot Yoga School in 1983, then called, Yoga College of India. It was one of the first Bikram schools to open outside of Los Angeles. In 2002 Jimmy Barkan, then Bikram Yoga’s most senior teacher, parted ways from the man, Bikram Choudhury and created his own version of Hot Yoga called The Barkan Method. They remain friends and brothers to this day! 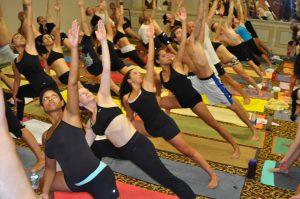