Jimmy Barkan, the founder of The Barkan Method of Hot Yoga is back from Long Island! He will be teaching this Monday & Tuesday at The Fort Lauderdale Location! Ft. Lauderdale Location …We are located next door to Whole Foods Market! We offer Hot Yoga, Warm Yoga, Power Yoga & Yoga to Sacred Music! 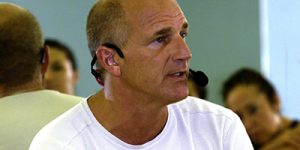