Jimmy Barkan, founder of The Barkan Method is considered the Godfather of Yoga in South Florida! He opened his first school back in 1983 when Yoga not very popular! His personality, charisma and teaching style became a major influence not only in South Florida but all across the world! 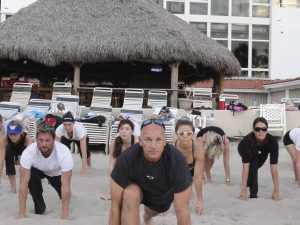